Bus Advertising: Why Should You Advertise On Buses?

Bus advertising, also known as transit advertising, has become an increasingly popular method for many types of businesses to market their products or services. If you’ve never thought about using bus advertising before, here are some great reasons to get your name on buses.

Buses are a vital part of the UK’s transport system, where it’s estimated that around three million people travel on a bus each day.

Additionally, buses operate seven days per week for up to 18 hours each day, so that’s a lot of exposure time to get your message across to others in the form of bus advertising. It’s estimated that, on average, people come into contact with bus adverts at least five times throughout a single day, in various different situations, mindsets and moods, so that’s plenty of opportunities to get your potential audiences noticing what you have got to say, and getting them to respond to your advertising.

Crucially, by advertising on a bus, or using bus stop advertising, you get to reach large audiences and have extensive exposure.

One of the top benefits of bus advertising is that audiences get to see the advertising far and wide, which can have a more powerful impact than static advertising alone. There are estimated to be approximately 32,000 buses in service throughout the UK, serving villages, towns and cities right up and down the country, so your bus advert will be viewed across a wide geographical area.

If you’re a business that operates in a local area, using bus adverts is also a great method for promoting your brand in a specific location and bus route frequented by your target audiences.

For those businesses looking to target Londoners, in particular, bus advertising could prove especially powerful. With more than half of all UK bus journeys taking place in the capital, serving around 6.5 million passengers daily, that’s a lot of people who are going to get to see your bus advert.

What makes bus advertising especially effective and powerful is that you can’t ignore it! With the average bus journey taking around half an hour, it’s not going to be a quick-glance-and-you-could-miss-it affair.

Researchers have found that 30 million people claim to have seen an advert on a bus in the last week, with 80% of consumers even responding to an advert that they’ve seen on a bus.

What’s more, because many people who use bus services often do so on a frequent basis, such as on a daily commute, by seeing the same messages again and again, this helps to reinforce brand names in their minds. Indeed, 86% of bus passengers can readily recall bus advertising that they can remember seeing. Around 77% of consumers also spot bus advertising on their way to and from work. 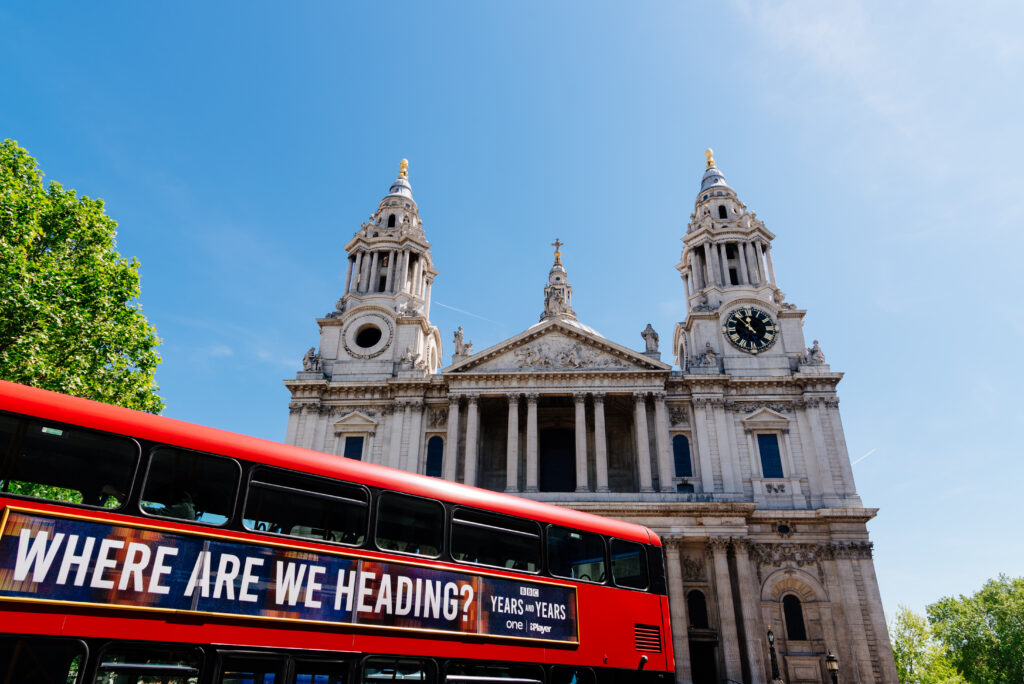 There was once a time when buses were often considered as the mode of transport for people who couldn’t afford a car, or for pensioners making the most of their free bus pass. However, nowadays, a much wider cross-section of the population use buses, even car owners and those earning high incomes. This is because attitudes towards the environment have changed, as more and more people seek to find a more eco-friendly way to travel. Equally, with increasing numbers of cars on the roads, finding places to park, as well as high parking fees, have encouraged more people to use the bus than to hop in the car.

This means that when you advertise on a bus or even use bus shelter advertising, you are catering for all ages and socio-economic groups.

In fact, studies have found that over half of all bus passengers fall into the ABC1 socio-economic category, with 65% of people within this group having noticed bus advertising in the last week.

Yet, it’s not just bus users who get to see adverts that are displayed inside a bus. Adverts can also be used on the back of a bus, which will be seen by vehicle users and passengers travelling behind. They can also be displayed on the side of a bus, so are visible to pedestrians walking past. With many buses travelling fairly slowly, especially within busy city centres, and whilst stationary at bus stops, this also means that adverts get to be clearly seen and read by those in the vicinity, without whizzing past unnoticed.

Plus, because adverts on a bus are large, they will easily command attention. Indeed, with their bright colours and images, it’s no wonder that the vast majority of bus passengers (79%) like to see adverts on a bus.

Because bus advertising can be used in different locations on a bus, whether at the rear, sides or inside, this makes it a really flexible way to market your business, allowing you to focus on specific audience groups.

It also caters for businesses of different budgets, whether you opt for a large wrap or design covering the side of a bus, or a smaller advert located inside the vehicle. In fact, as a form of advertising itself, it is considered one of the least expensive with regards to relative and absolute costs.

Adverts can be used to promote a particular product or service, or a special offer. In particular, if you have a new product or service that is about to be launched, bus advertising offers a really effective way to raise awareness because of its wide audience reach.

You can also tie in the advertising with a bus shelter ad so that both bus passengers and those waiting at a bus stop get to see your brand messages. By using both bus stop advertising and bus advertising, it allows you to help reinforce the advertising in the minds of your audiences, both before they get on the bus and during the journey.

If you’d like to take advantage of the wide range of benefits that bus advertising brings, get in touch with the experts at TMH Outdoor.